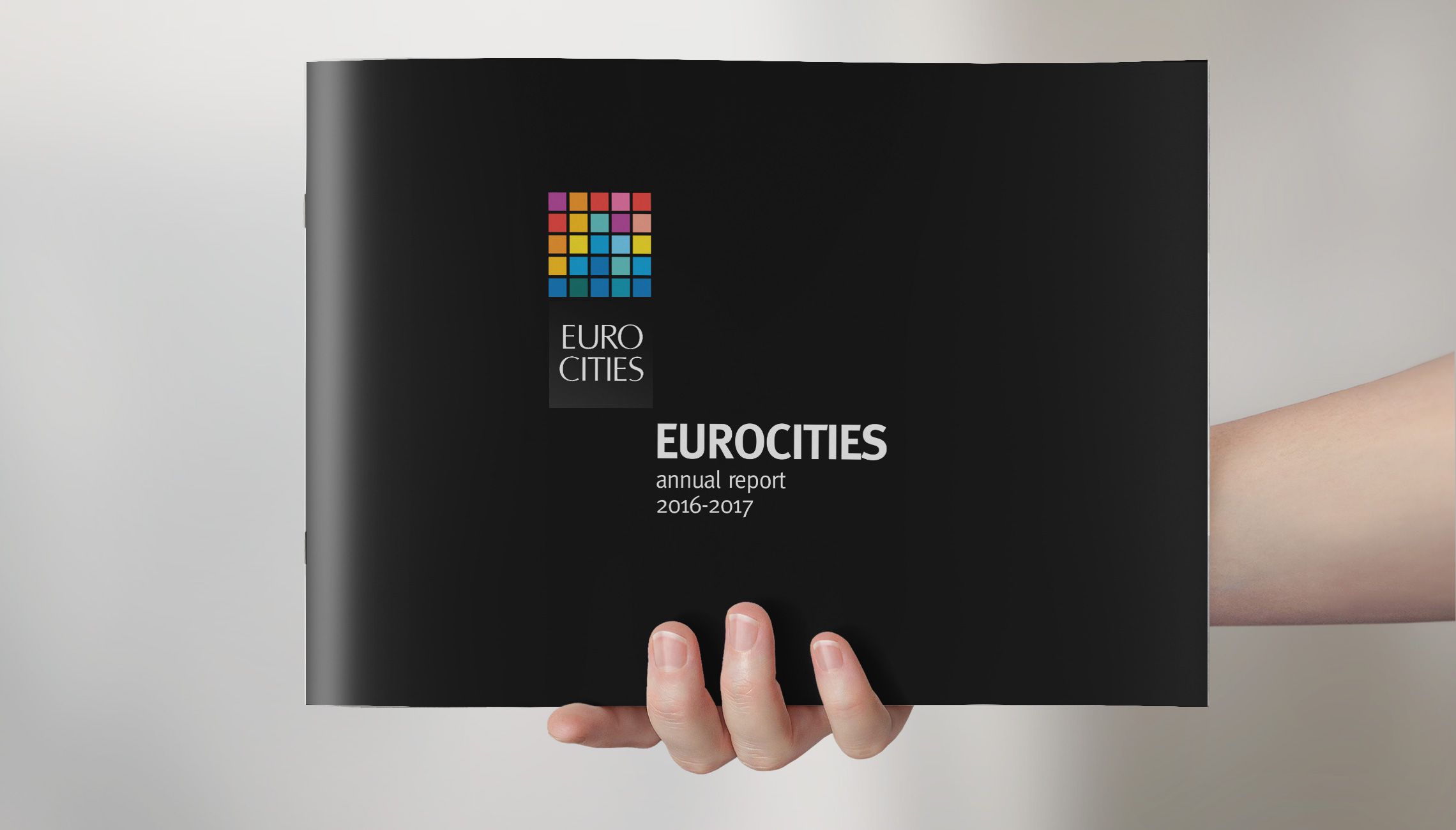 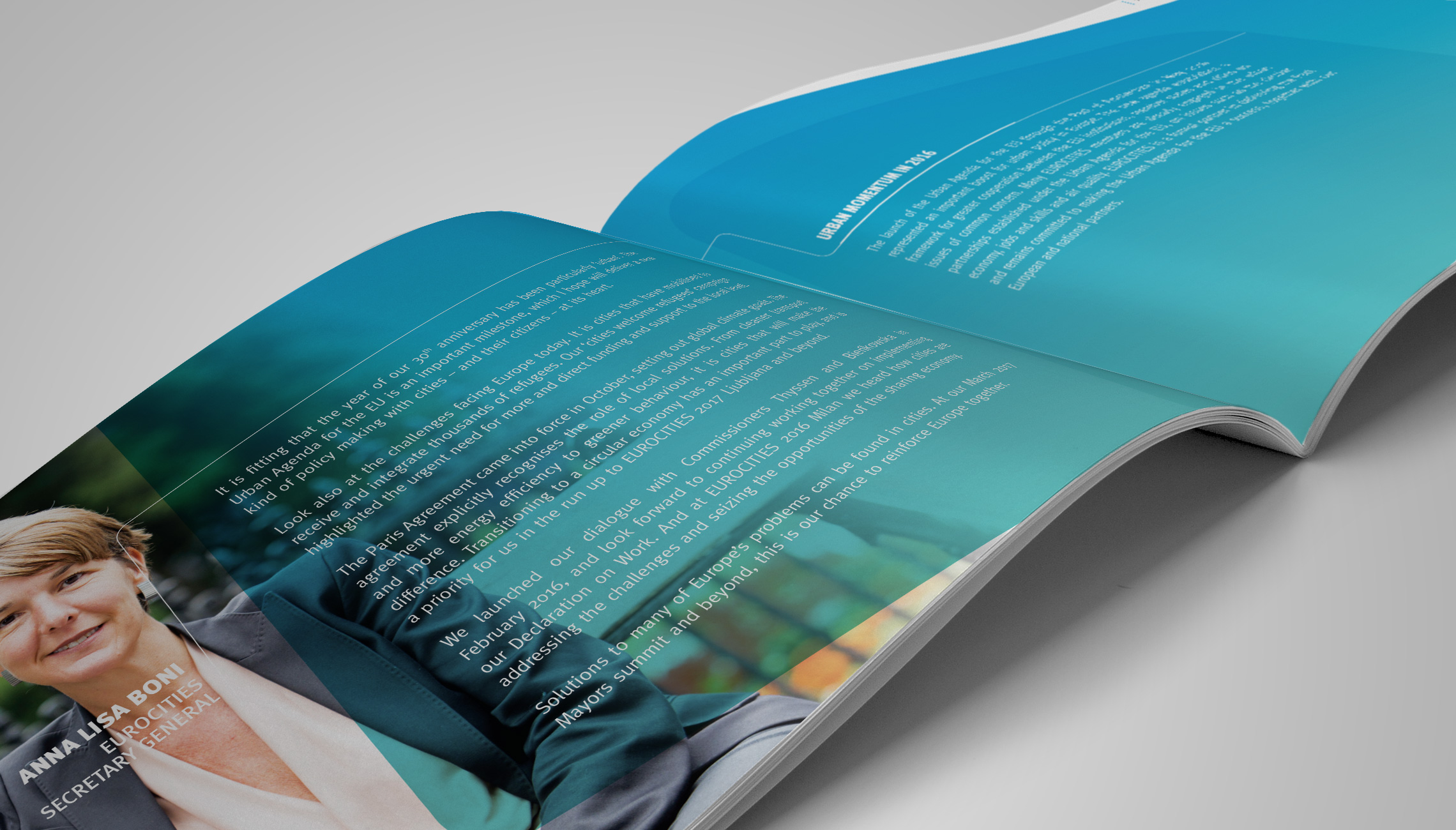 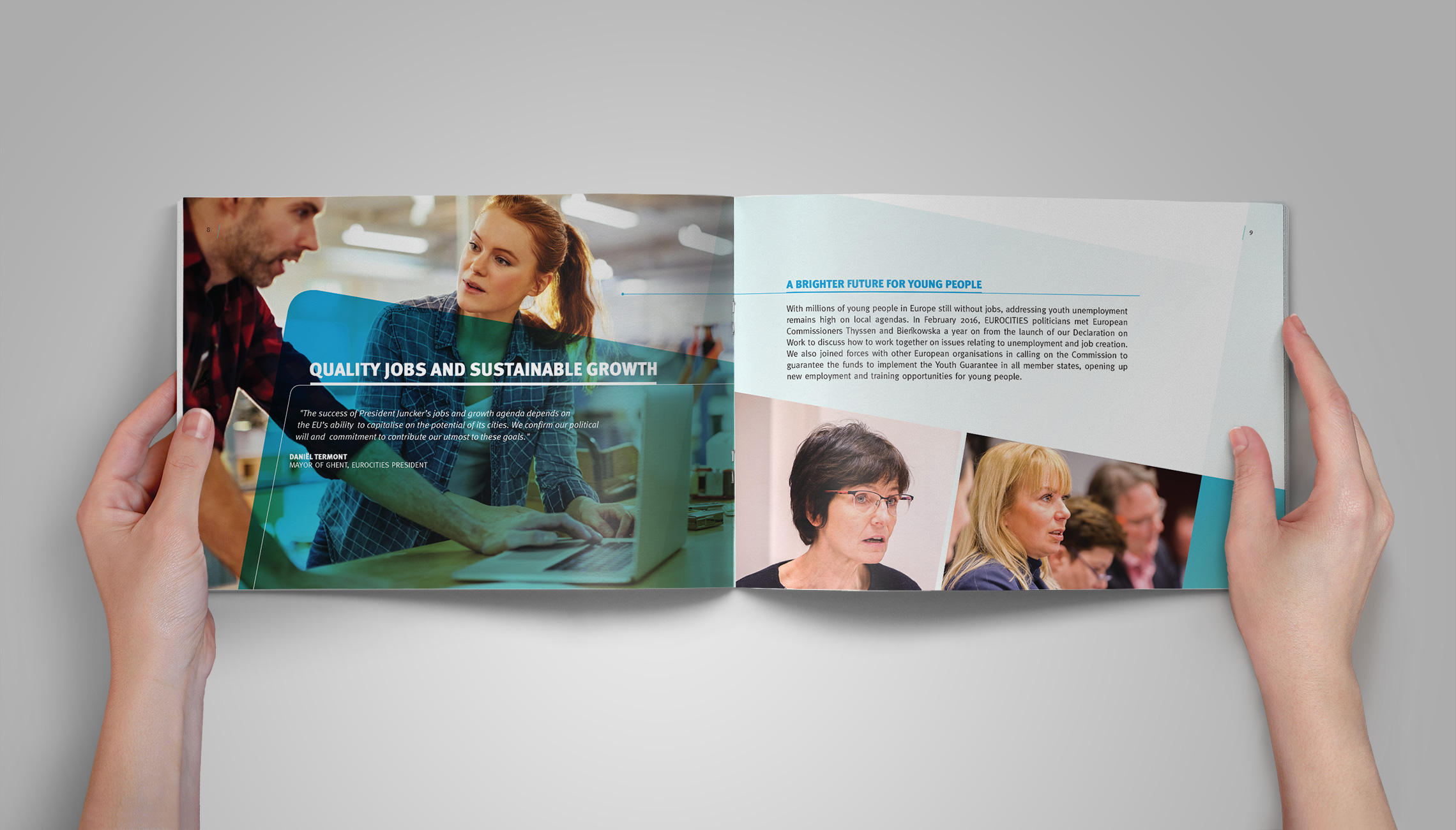 Design, layout and production of the annual report of Eurocities.