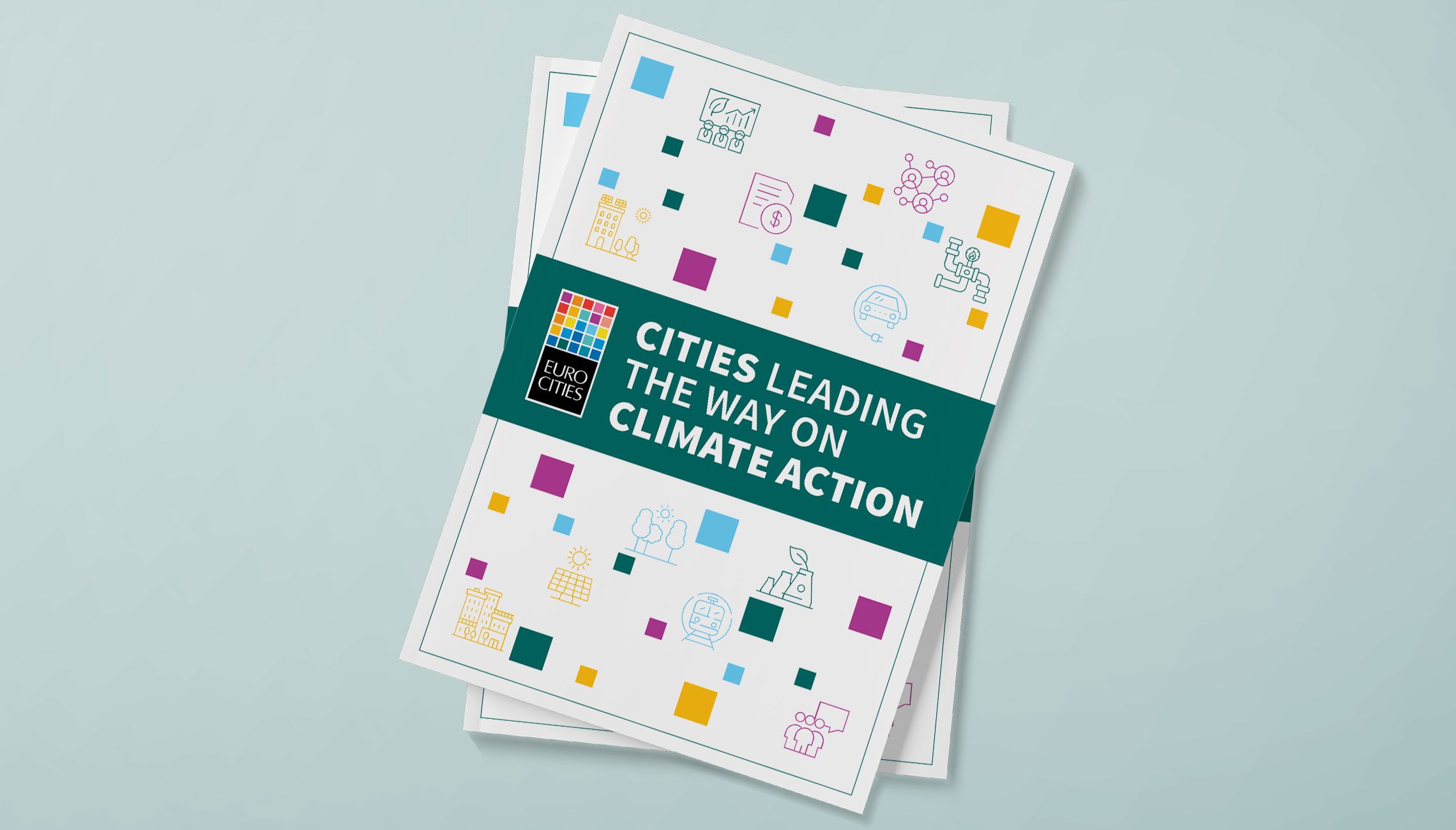 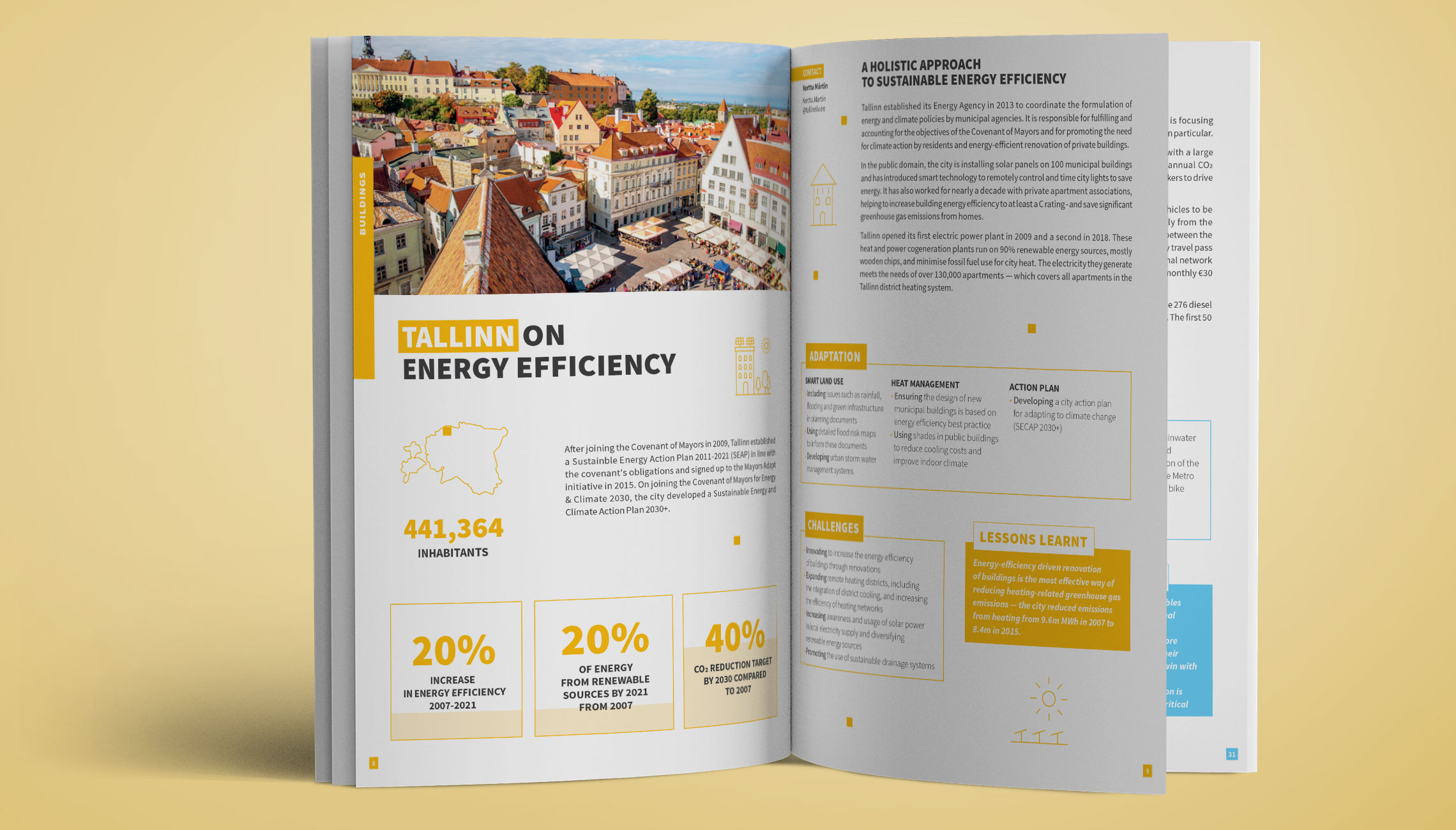 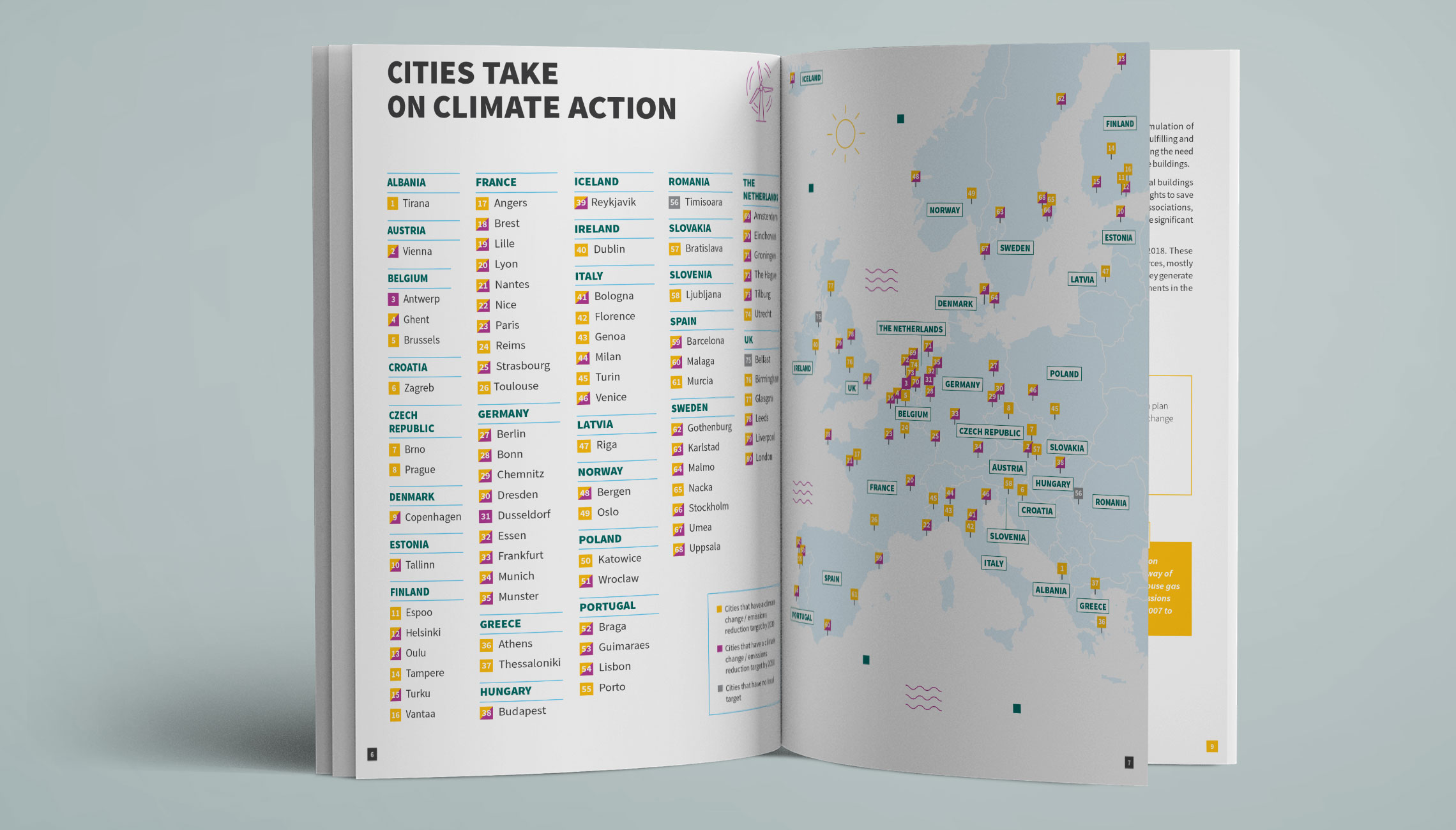 Design of a publication on how European cities act today on climate change in very tangible ways, in order to meet (in some cases surpass) the criteria of the Paris Climate agreement. Think: reducing the footprint of mobility, increasing energy efficiency of private and public buildings, co-creation of climate plans.